Episode 115, recorded on Tuesday 30th August 2016.  We discuss the MWLUG 2016 conference, the future of IBM Domino and xPages development, what Project Toscana means for all of us, and the IDC announcement that IBM leads the Social Business marketplace for the 7th consecutive year. Oh and on our final TWiL ever, we share an exciting announcement – WTF?

Darren: Universal Remote for iPhone and Android….will be some good once it works

Stuart: Yet another headset! Plantronics Voyager Focus headset Great for desk and mobile use, pairs with USB, dongle and at least two bluetooth devices. I use with iPhone, iPad Pro and iMac. 10 hour battery life and very light.  Also, TWiL archives are (mostly) back…

Listen to the show!

UPDATE: the new podcast is ‘WTF Tech’ and is available to stream or download at WTFTech.fm. Listen now!

After a year or so offline due to changes in circumstances, Darren and I are delighted to share that all the This Week in Lotus archives are coming back online via a brand new WordPress-based site….

Recorded on Wednesday 4th April 2012.  Mat Newman joins us to review AusLUG 2012, and to discuss how we can reach those Lotus and ICS advocates and users that are not part of the community today.

So why do you do it?

Recorded on Friday 30th March 2012. Darren joins Mat Newman and the crew at AusLUG 2012 for live This Week in Lotus review of the conference. Darren and I discuss RIMs demise, Connections101.net and the rise of the LUG.  Lastly we have some excellent interviews made by Sean Cull at BLUG.

No tips this week, back next time!

Episode 93 recorded on Thursday 15th March 2012.  Sharon Bellamy and Femke Goedhart join Darren and Stuart to discuss the upcoming user groups in Belgium and the Netherlands, how to recover from Connections database failure and why Yammer’s business model is so persuasive.

Connections issues dealt with this week:

Yammer – 500.000 users in NL makes it second biggest market for Yammer after US.

Episode 91 recorded on Friday 1st March 2012.  Mat Newman and Theo Heselmans join Darren and I to discuss the upcoming BLUG and AUSLUG user groups, agenda highlights, key speakers and their related social events. I suffer from some impetuosity regarding upgrading my OS, and hours of bloopers ensue.

Oh yeah, and sorry for the delay in getting this out. Work, life, what balance 😉

[An update since the show – unfortunately I will not be attend BLUG due to family commitments and hence have had to cancel my speaker slot. Apologies to Theo and the team.]

Episode 90 recorded on Friday 24th February 2012.  We meet with four IBMers about the latest XPages book, the XPages Portable Command Guide, to discuss the aims and content of the book, who should read it, which resources someone new to the technology should read and more. Oh and Darren takes questions from the audience. Dangerous! 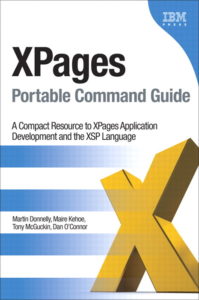 Where are we with XPages?

Episode 89 recorded on Thursday 16th February 2012.    We meet with Dave Durazzano of IBM and Elaine Murray from Applicable to discuss the planned rename of Lotuslive, announcements from Lotusphere 2012 and plans for new bundles to clear up a few confusing names…